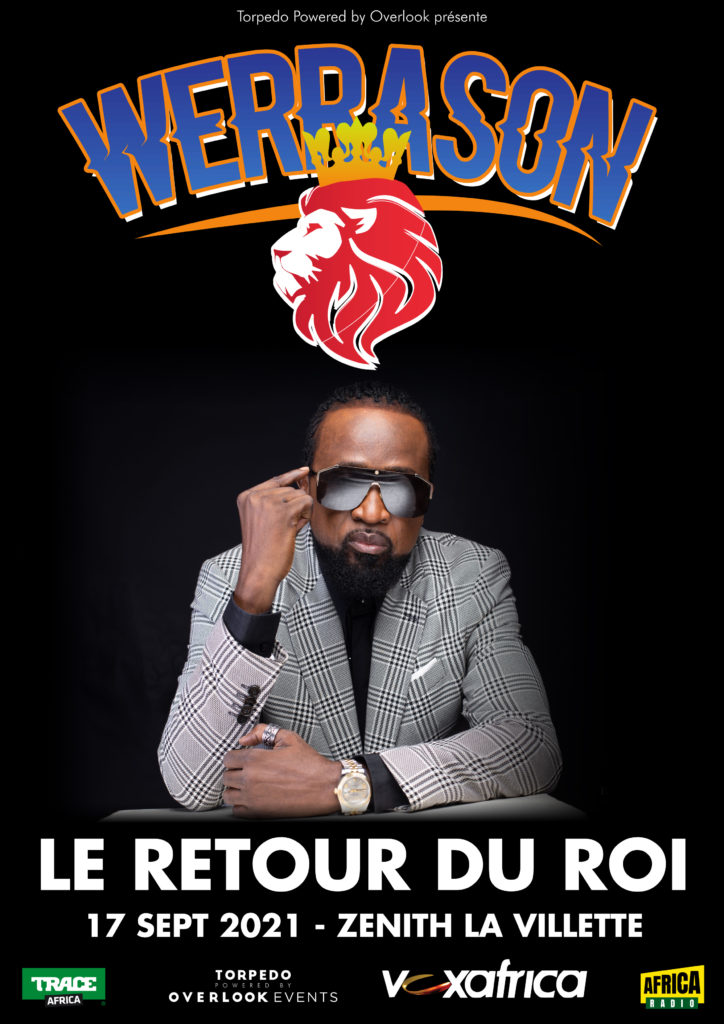 Noël Ngiama Makanda known professionally as Werra Son, is a Congolese musician. Werrason is one of the founding members of musical band Wenge Musica 4X4 Tout Terrain Bon Chic Bon Genre (BCBG) that was founded in 1981 while he was still studying for a degree in Accountancy. After the split of the Original Wenge Musica 4×4 Tout Terrain BCBG he co-founded Wenge Musica Maison Mère (WMM) a musical band he created alongside Didier Masela and Adolphe Dominguez.
He toured Europe including London, Amsterdam, Brussels, Dublin, Rome, and Stockholm. The United Nations have awarded him the title of Universal Ambassador of Peace. In 2001, Werrason was received by Pope John Paul II. Since then, he has spoken for UNESCO campaigns against AIDS and discrimination, and in campaigns against early marriages and to promote education for girls. During his world tour, performed with other African artists including Manu Dibango at the Paris Olympia, Passi, Doc Gynéco, and Benji and Akil. Werrason also collaborated with Shaggy. In the same year, Werrason performed a concert at Stade des Martyrs, which was attended by over 100,000 people. He also performed for 17,000 at Bercy in 2000.

Performed by
Werrason
Produced by
Torpedo by Overlook Events