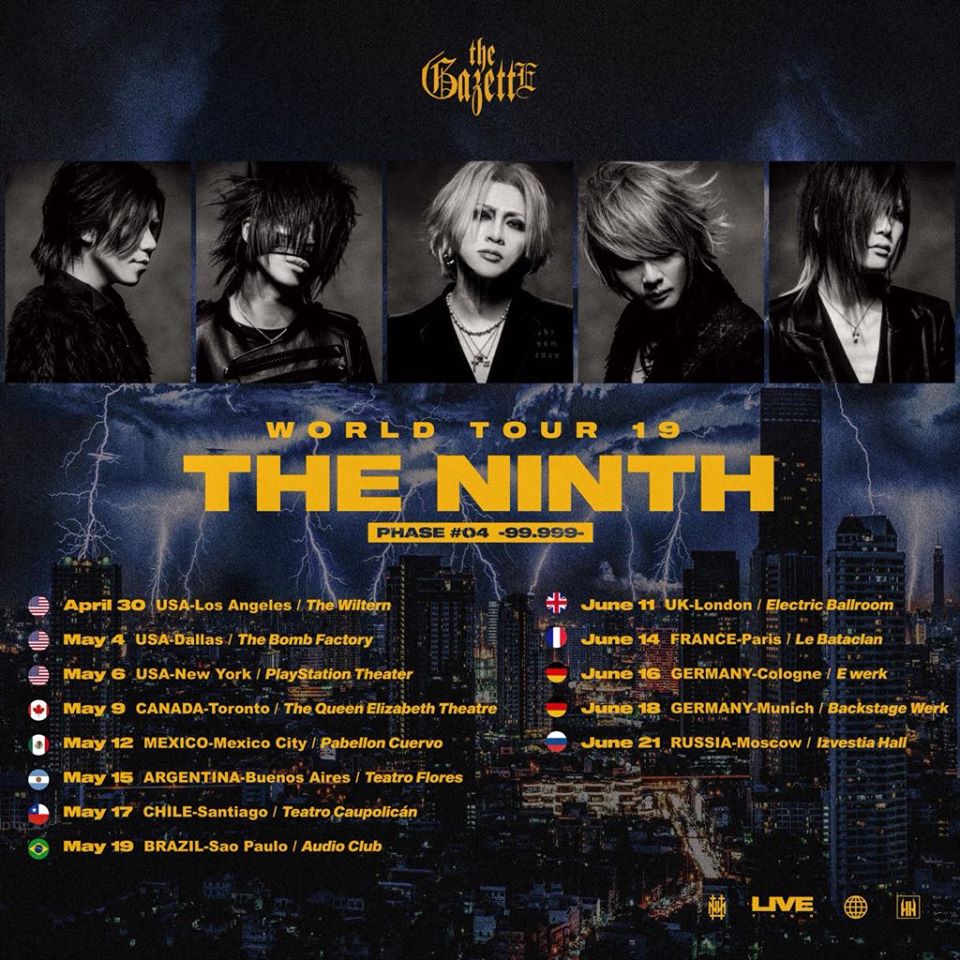 the GazettE vigorously into their own Tokyo’s gig circuit in 2002, and have been expanding stages with irresistibly force across the world ever since. In 2006 the band earned their first headline performance at Japan national hall “Nippon Budokan”, and after further huge arena shows, managed to conquer the 55,000-seater Tokyo Dome by 2010.

Rarely satisfied, the GazettE continued to cover new ground in 2011, participating in major festivals across Japan and continually evolving their sound. In 2013 they successfully completed their first world tour, moreover grown the venue capacities in next 2016 and 2019 world tour and ended the tour successfully in 22 cities 13 countries and expanded their worldwide activities. Still expand an activity field, the GazettE continue moving forward uncompromised in their artistic and unique world view to show it to their home ground country and abroad.