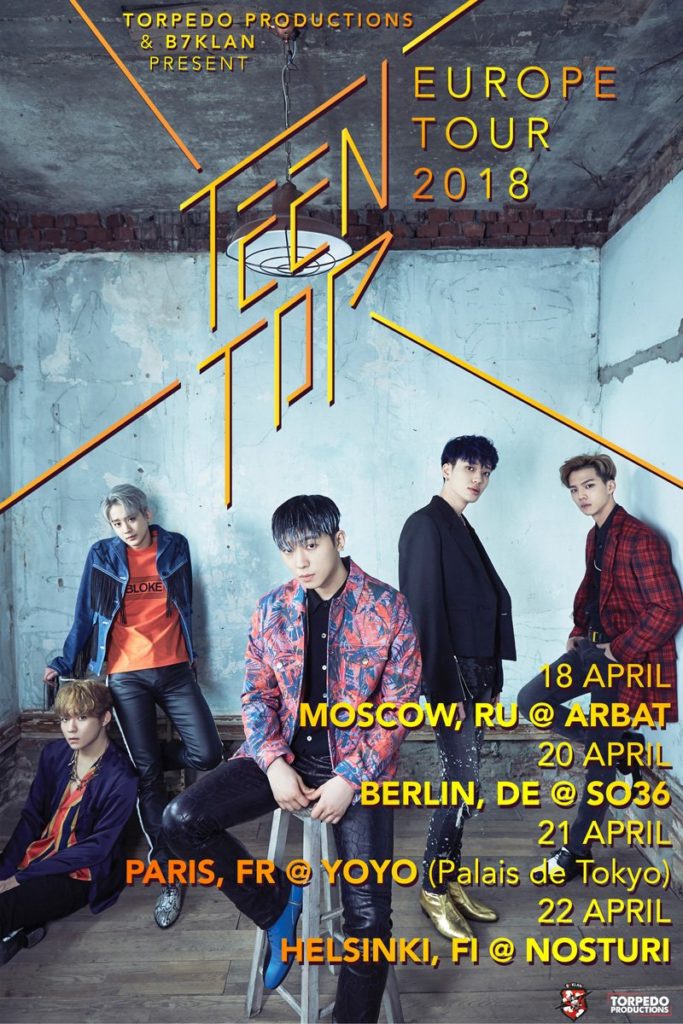 Teen Top (틴탑) is a South Korean boy band formed in 2010. The group is composed of five members: C.A.P, Chunji, Niel, Ricky and Changjo. Originally a six-piece group with L.Joe, filing for contract termination in February 2017. Teen Top debuted with their first single album Come into the World on July 9, 2010.