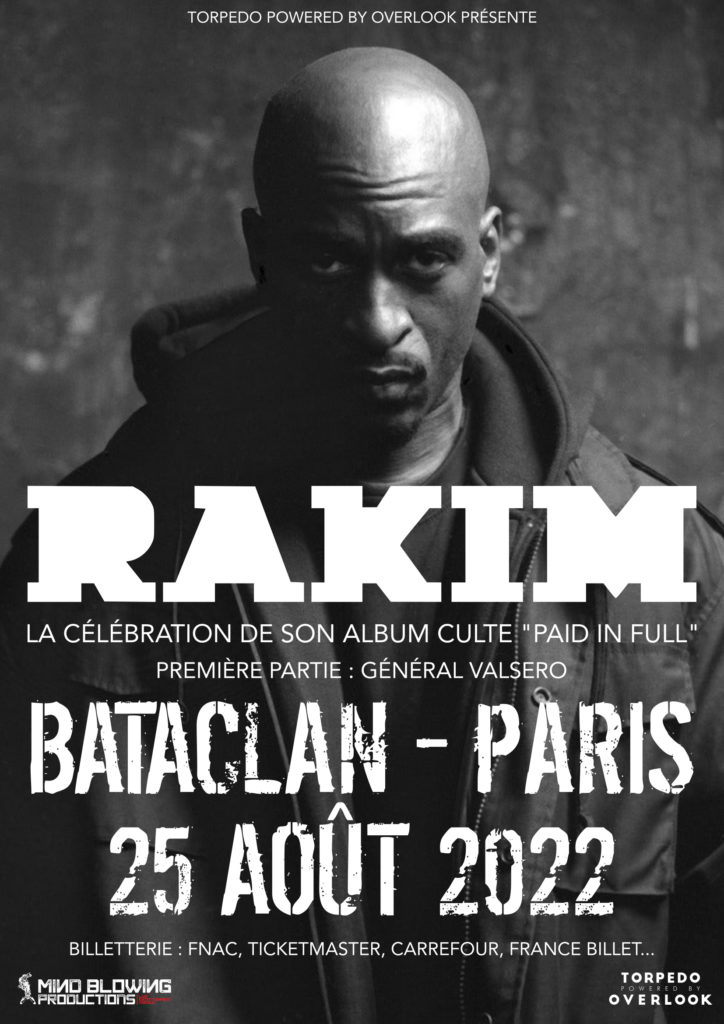 Rakim, real name William Michael Griffin Jr., born January 28, 1968 in Long Island, New York, is an American rapper and music producer . Member of the group Eric B. and Rakim in the late 1980s and early 1990s before starting a short solo career in 1997. He is considered by the hip-hop community as one of the greatest MCs of all time.
Very rare in Europe, Rakim will be on the old continent this summer for an anniversary tour with the mythical album Paid in Full which will celebrate its 25th anniversary. Paid in Full is Eric B. & Rakim’s debut studio album, released on July 7, 1987.
The album is entirely produced by the duo, except for the titles My Melody and Eric B. Is President, composed by Marley Marl.
Acclaimed by critics, it was named 228th of the “500 greatest albums of all time” by Rolling Stone magazine6 and has established itself as a “classic” of hip-hop. In 1998, The Source named it one of the “100 best rap albums”.
Ranked 8th on Top R&B/Hip-Hop Albums and 58th on Billboard 2008, it was certified gold in the United States on December 4, 1987 and platinum on July 11, 1995 by the RIAA9.

He will be accompanied in the first part by General Valsero, a rapper committed against dictatorial systems.

Performed by
Rakim
Produced by
Torpedo by Overlook Events