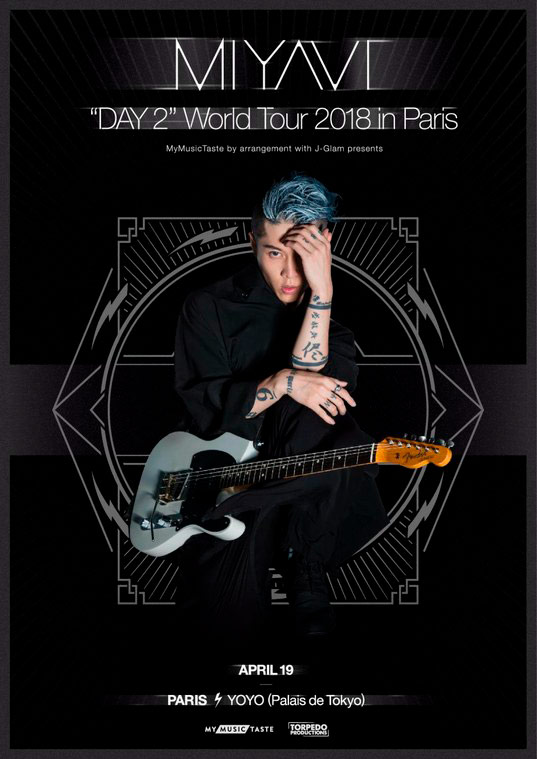 Miyavi is a Japanese guitarist, singer-songwriter, record producer and actor known for his finger-slapping style of playing a guitar. He has been active since 1999, first as guitarist for the now defunct visual kei rock band Dué le quartz and then as a solo artist starting in 2002. In 2007, he became a member of the rock supergroup S.K.I.N. and in 2009 founded his own company, J-glam. He toured worldwide several times, with over 250 shows in 30 countries as of 2015. As of 2016, he released ten solo albums and 27 singles.

In 2014, Miyavi appeared in the motion picture Unbroken, directed by Angelina Jolie and went on to undertake smaller roles in American productions such as Kong: Skull Island and Stray. Since 2013, Miyavi has been a volunteer at UNHCR, visiting refugee camps around the world. In November 2017, he was appointed an official Goodwill Ambassador.

Performed by Miyavi
Produced by Torpedo by Overlook Events